For years, the research industry has used lifestage, age and geography as key criteria for defining a sample be it for qualitative and quantitative work. We ask ourselves in this article whether in an increasingly connected world this is relevant and what implications it has for insight practitioners.

The digital space is full of ways to connect by interest, behaviours or attitude. From Meet Up to the ubiquitous Facebook it has never been easier to ‘throw your hat into the ring’ and declare ‘this is me and what I am interested in’.

Age gap friendships are apparently flourishing according to Marianne Kavanagh, in a recent article in the Daily Telegraph, facilitated by social media.

Indeed, US commentator, Gina Pell, has coined these people ‘perennials’ to make it clear that using age as a differentiator is becoming outdated. ‘We comprise an inclusive, enduring mindset not a divisive demographic’. Around us we see collaborations across generations among musicians and artists who, in doing so, publicly signal the acceptability of age-gap friendships.

This raises the rather provocative question as to whether the socio-demographic divisions so favoured by the research industry actually make much sense anymore? Should we just rewrite the rulebook? Or is it a matter of prioritising what criteria should be considered first? And what does this mean for research projects going forward?

The digital world is increasingly being used as a tool for recruitment as it offers the indisputable benefits of speed and reach particularly for difficult recruits. Linked In often features postings for research participants.

This is all well and good but can risk potential participants aligning themselves with the pre-designed brief. In other words, it is far more open to abuse particularly if the participant is unknown. Whilst snowballing has been an age-old approach to recruitment it relies on the trust existing between friends of friends. There is an unspoken contact of doing right by someone which is less prevalent in the digital space.

In our view a potentially effective recruitment approach can be via Facebook where likely participants have already made a public commitment to their brand affinity or overarching behavioural patterns unaware of any research agenda. They can then be screened for more specifics e.g. frequency of purchase to evaluate whether their declared interest matches the project brief.

It’s not an exact science. Researching by attitude is nothing new but it still tends to be the exception rather than the rule. Our sense though is that is starting to change and so it should.

We recently ran some research that was recruited largely by attitude. Lifestage wasn’t forgotten as we had the luxury to speak to several different audience types. However, the priority was on attitude which produced some crystal-clear results in terms of behaviours and brand perspectives.

This clearly demonstrated the value in speaking to attitudinally cohesive groups. Had the budget been less extensive we would have clearly prioritised attitude over lifestage. Our new rulebook is about reprioritisation rather than completely tearing up the pages.

Marc Augé in his book ‘Non-Places An Introduction to Super Modernity’ acknowledged the increasing time we spend in places that know no geographical limitations or social norms. This can be a physical space such as airports and even supermarkets, where many cultures collide in a geographically undefined space, without any sense of history, cultural norms or genetic lineage.

The digital world mimics that phenomenon and we think it should be embraced. It gives us the flexibility to exploit the new ‘non-norms’ and run research in a space defined chiefly by interests and behaviours. In doing so we can embrace multiple geographies and lifestages for rich sources of insight.

There is also immense value in a two-stage research approach for qualitative work. Digital first followed by a more collaborative face to face deep dive. After the initial stage of input the participants can then be selected by the more conventional criteria and invited to further research exercises. This is often highly productive by permitting a focus on the most articulate respondents. And if the digital exercise has been collaborative, participants arrive at the follow up already ‘switched on’ and engaged in the dialogue with one another.

In summary, we live in an increasingly diverse world of possibilities and connections. As researchers, we need to celebrate this world of connectivity and maximise the value of the opportunities it brings. 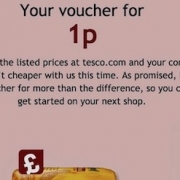 From hero to zero in one fated CRM email 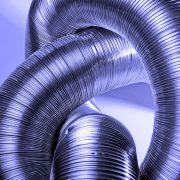 What really is agile research and is it all it’s cooked up to be? 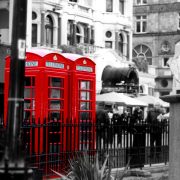 We all speak the same language no? 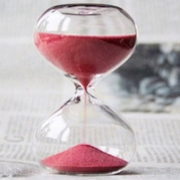 What really is agile research and is it all it’s cooked up to be?

We all speak the same language no?
Scroll to top

This site uses cookies. By continuing to browse the site, you are agreeing to our use of cookies.

We may request cookies to be set on your device. We use cookies to let us know when you visit our websites, how you interact with us, to enrich your user experience, and to customize your relationship with our website.

Click on the different category headings to find out more. You can also change some of your preferences. Note that blocking some types of cookies may impact your experience on our websites and the services we are able to offer.

These cookies are strictly necessary to provide you with services available through our website and to use some of its features.

Because these cookies are strictly necessary to deliver the website, you cannot refuse them without impacting how our site functions. You can block or delete them by changing your browser settings and force blocking all cookies on this website.

These cookies collect information that is used either in aggregate form to help us understand how our website is being used or how effective our marketing campaigns are, or to help us customize our website and application for you in order to enhance your experience.

If you do not want that we track your visist to our site you can disable tracking in your browser here:

We also use different external services like Google Webfonts, Google Maps and external Video providers. Since these providers may collect personal data like your IP address we allow you to block them here. Please be aware that this might heavily reduce the functionality and appearance of our site. Changes will take effect once you reload the page.